As mentoring is a rather new method in Finnish business world, the GREBE project team was interested to see how things would proceed in its pilot mentoring sessions. The Irish partner’s processes were taken as an example for Karelia’s mentoring. The mentor proposed 2-5 optional solutions for the mentee’s, including for example improving the production process using LEAN principles, new (bio-based) raw material options, proceeding with product innovation, new business lines and new cooperation partnerships. The mentee’s chose 1-2 proposals to take further and discussed them with the mentor and/or other partners.

Here are some experiences from the mentor:

“I’m Juha Määttä, Spiralia Consulting Company and I have done three business mentoring cases in the Finnish part of the project. All business cases are part of GREBE project mentoring. Mentoring tasks included solving R&D process bottlenecks, screening of new business opportunities and analysing production process. Possibilities of new biomaterial have also been estimated. All companies have had interesting and challenging business cases. Mentoring has brought new solutions for the companies. All parties have increased their knowledge of renewable energy and enlarged our networks in business and research.”

A more detailed description of the mentoring process will be available in August 2018. 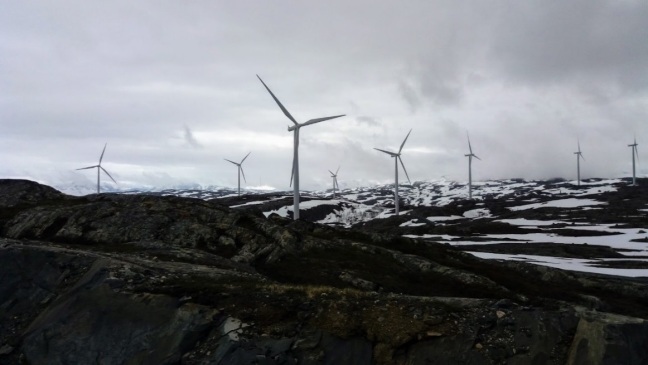 In Finland, the regulation concerning the support schemes for renewable energy are going through significant changes. A new legislative proposal presents a technology-neutral subsidy scheme based on a competitive bidding process with premiums. The topic was discussed by market players and industry at Energy Regulation Workshop (March 21st, Vaasa City hall).

In 2010 Finland introduced feed-in tariff as economic support mechanism for wind, biogas and wood fuel based combined heat and power. The mechanism has been effective in creating wind power capacity from below 1% market share to about 5.7%. However, the scheme has been also expensive as the electricity market price has been lower than expected. The feed-in tariff for wind, biogas and wood fuel power plants comprises the target price less than the three-month mean market price of electricity. The target price is €83.50/MWh. At the beginning of the scheme the market price varied €45 to €55/MWh but at the end of the support period it has been €30 to €35MWh.

In Vaasa Energy Week preparation of the support scheme based on a competitive bidding process with premiums was discussed. Total of 2 TWh of renewable energy would be generated through the scheme. However, details of the scheme, definitions concerning technological neutrality and schedule of the scheme remained open. Several presentations, representing the industry and market players, forecasted significant increase of the wind power capacity in Finland – despite the details of the new support scheme. For instance one major market player, OX2 informed about their own objectives for Finland being 500-600 MW of wind power, which is about the same as the 2TWh objective. This major market growth would be based on:

In addition, PPA’s i.e. Power Purchase Agreements, were seen as growing business model with customer being larger-scale companies with RE commitments. Also the length of those agreements can be over 10 year periods. The forecasted future was that 5-10 market players would dominate the market, and scale of the wind power systems could be divided into large-scale market based systems and smaller systems more dependent on the economic supports. As Finland is much dependent on the imported energy (share 23.9%) the growth potential is evident. At the same time the grid imbalances and volatility are increasing.

The support scheme preparation was considered still as uncertain and delays investment decisions. In addition, market players considered that the system might not be equal but favoring more large-scale projects. As the technological neutrality is still undefined, it remains open how the support treats different technologies and introduction of new innovations. The policy advocacy activities are part of the GREBE project, and in Finland the focus will be on informing the project stakeholders about the current transition of the national and regional energy system and related policies.

GREBE’s Funding Options tool provides information on the funding mechanisms currently available in the partner regions (Finland, Iceland, Ireland, Northern Ireland, Norway and Scotland). The information will be useful to both funding agencies (e.g. business support agencies and municipalities) and to SMEs giving details of funding options available in their regions. The tool will help to ensure that funders in the different regions can learn about mechanisms and implementation strategies in use in other parts of the NPA area.

The main focus is on public support for renewable businesses but both private sector and social investment options have been included where appropriate. The supports included are for SMEs and Micro businesses but also include options for those SMEs expected to grow rapidly (e.g. High Potential Start Ups). The business support funding mechanisms considered vary from standard ‘hard’ business support options (e.g. loans and venture capital) to softer supports (e.g. innovation schemes, business partner search supports etc.).  Options are available to search for mechanisms which are specific to the renewable energy sector, and also based on the geographical area (local, region, national, EU etc.) the support covers.  There is considerable variation in the ways different funding options are implemented and these differences will impact on the success of schemes.

Renewable businesses in each region will be able to check what supports are available in their own region and contact points for applications.  GREBE’s Business Supports Catalogue is also available to download on the tool. We hope that by using this tool those who seek funding and support for renewable businesses will have a clear portfolio of options which are available to them.  This tool is available on our renewablebusiness.eu platform at http://support.renewablebusiness.eu/

The GREBE Project has published a report based on case studies on the awareness and understanding of funding for renewable energy businesses.  The report can be downloaded from the GREBE Website here

The key objective of this report was to identify and promote opportunities for policy to provide an effective supportive framework for sustainable renewable energy business (both new and emerging). The focus of this report was on the support and benefits that each case study received, including how the supports and benefits helped each business in terms of creating employment, finance or diversifying their business.  This report examines the funding mechanisms, criteria, application practicalities and business outcomes and innovations in the case studies.

When carrying out the report, the most popular funding mechanisms available to the renewable energy businesses were research & development supports and also financial supports. In Ireland one company received a support towards creating employment through the JobsPlus scheme.  JobsPlus is an employer incentive which encourages and rewards employers who offer employment opportunities. On the other hand support mechanisms such as social support, were not as popular throughout the partner regions.

Through analysing the chosen case studies, Finland, Iceland and Scotland have a number of different funding mechanisms were available to companies for certain types of projects, whereas in Northern Ireland only one type of support was available for certain projects.

All of the funding supports discussed throughout this report can be found in the GREBE business support catalogue at: http://grebeproject.eu/wp-content/uploads/2016/10/GREBE-Business-Supports-Catalog.pdf

The full report can be viewed at: http://grebeproject.eu/wp-content/uploads/2017/09/GREBE-Report-on-Awareness-Understanding-of-Funding-Options-August-2017.pdf