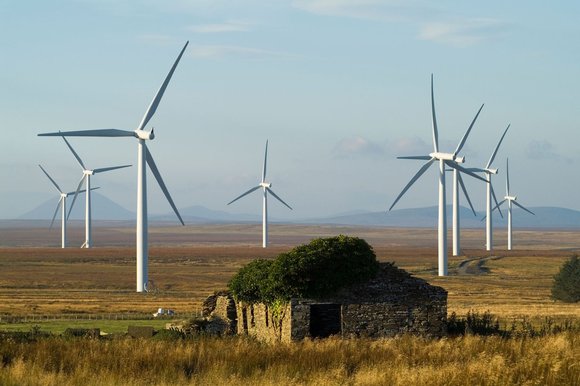 Following on from previous world leading climate change targets the Scottish Government has announced dramatic new emissions targets. Having met a 42% reduction target set for 2020 six years early the SNP administration has announced a 66% cut by the year 2020.

The striking new strategy, expected to cost £3bn a year is closely linked to a new renewable energy programme, which will be published later this month.

The draft climate change plan will call for sector specific targets for 2032 including a fully decarbonised electricity sector and a domestic heating sector with 80% of its heat coming from low carbon sources.

The transport sector will be decarbonised with 30% of Scotland’s publicly owned ferries being powered by hybrid engines, 50% of all buses being low carbon and 40% of all new cars and vans sold in Scotland being ultra-low emissions.

Roseanna Cunningham, the Scottish environment secretary has said that the proposals “represent a new level of ambition which will help maintain Scotland’s reputation as a climate leader within the international community”.

Friends of the Earth Scotland chief executive, Richard Dixon, has applauded the governments ambition but has urged the government to go further. He said “It paints a very good vision of what a low-carbon Scotland could look like in 2032 but there are clearly areas where there has been resistance and policies either aren’t going far enough or aren’t credible.”

Research by Glasgow based industry body Scottish Renewables has found firms from across Scotland are working in countries as diverse as China, Russia, Taiwan and Cape Verde and are now active on every continent bar Antarctica.

Across the Northern Periphery and Arctic area Scottish companies have been active in the Faroe Islands, Finland, Norway, Sweden as well as other northern countries including Canada and Russia. Firms have been involved in projects totalling £125.3 million across 43 countries.

Businesses have included Orkney based consultancy Aquatera which has been involved in creating marine energy projects across the United States, Chile, Japan, Columbia, Peru and Indonesia.  An Ayrshire based crane company, Windhoist, has installed more than 4,800 wind turbines across the globe whilst Glasgow’s Star Renewable Energy has installed a heat pump in Drammen, Norway, which now provides warmth for the city’s 63,000 residents.   Jenny Hogan of Scottish Renewables has said “This research clearly shows that Scotland’s expertise in renewable energy is in demand around the world.”

“The stretching targets set in Scotland have meant our home-grown green energy industry has developed skills which are in demand on every inhabited continent, bringing investment and income to Scotland from across the world.”

The Scottish Government has welcomed the figures as evidence of low carbon industries to the Scottish economy.  Business, innovation and energy minister Paul Wheelhouse added: “Low-carbon industries and their supply chains generated almost £11 billion in 2014 and supported 43,500 jobs, according to figures from the Office for National Statistics published recently. “Together with this new research from Scottish Renewables, the figures reinforce the growing importance of the low-carbon industries, including renewable energy businesses, to the Scottish economy and vindicates the Scottish Government’s support for the sector and the increasingly crucial role it plays within our energy mix and the wider economy.”

Renewable energy and innovative climate technology would play a key role in the transformation of energy systems from fossil to renewable – due to the report: ‘The New Climate Economy’ from The Global Commission on the Economy and Climate. We are going towards a low emission society that will require changes in energy use, consumption and production patterns.

The report ‘The New Climate Economy’, shows how technological innovation and investments in efficient low emission solutions can create new possibilities for improved economic growth. A main conclusion from the report is that there is often no contradiction between economic growth and climate action. In order to achieve growth, we need to use more renewable energy, and also developing new technological solutions. In the transformation of energy systems from fossil to renewable, innovation and technology development would play a key role.

The change to renewable energy is on it’s way.