The GREBE project arranged another possibility for the transfer of knowledge within the Northern Periphery area by hosting expert’s sessions with SME´s. The sessions were part of the GREBE project partner meeting from 20th to 22nd of March in Kokkola, Finland. Both the project partner meeting and knowledge exchange expert meetings took place in Kokkola during the event hosted by the Finnish GREBE partners LUKE and Karelia UAS.

Three SME´s came from Ireland to Finland to meet with experts and share knowledge relevant for their business. Two experts, Paula Jylhä and Veikko Möttönen from the GREBE partner organization Natural Resources Institute Finland (LUKE) were available to the participants for one-to-one meetings. In addition, Ville Kuittinen from Karelia University of Applied Sciences (Karelia UAS) shared his knowledge and ongoing activities in the renewable energy field.

Paula Jylhä, whose expertise is in forest technology and logistics, provided information to the Irish stakeholders on the topic. Paula is also coordinator of the project FOBIA and presented the project to all GREBE partners and SME´s. FOBIA is funded also under the Northern Periphery and Arctic programme. Veikko Möttönen, who has his area of expertise in wood mechanical properties and further processing of sawn wood, was able to provide information on practices to handle side streams and plans of companies for the production development.

This activity was part of the GREBE project´s “Knowledge & Technology Transfer and Business Delivery” work package led by LUKE. The aim of the expert sessions were to facilitate transnational effective knowledge transfer and collaboration in the renewable energy business sector, and to promote knowledge sharing and information exchange between actors in renewable energy supply and demand. 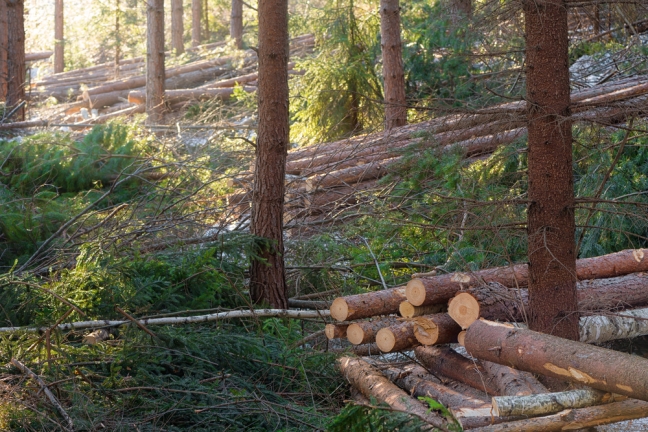 One in every 10 hectares of land is now planted in forestry, according to the latest figures. The Government’s Forestry Statistics paint a picture of the country’s afforested grounds amid increasing pressure to up volume of lands under trees due to greenhouse gas emissions targets. Despite Ireland falling far short of planting targets, the area of forest is estimated to stand at 731,650ha or 10.5% of the total land area of the country. Around 53% or 389,356ha is in public ownership, mainly Coillte.

The forested area acts as a carbon reservoir, amounting to 381 million tonnes of carbon in 2012 and between 2008 and 2012 it removed 16Mt of CO2 and offset 5% of all national emissions. There have been major concerns raised in western counties, particularly Leitrim, over the level of forestry planting in the region. Farmers account for 83% of private lands afforested between 1980 and 2016, with the average size of private grant-aided plantations around 8.8ha since 1980. It states farmer planting has dominated afforestation since 1993. With farmers and non-farmers now eligible for the same rate of grants and premium payments, the number of non-farmers planting has increased to 35% of the areas afforested in 2016. It points out that ‘non-farmers’ include retired farmers, sons and daughters of farmers and other relatives who may have inherited land.

Forestry and its role in carbon sequestration is an obvious part of any solution to the problem of emissions produced by agriculture. In 2016, Cork had the highest afforestation area at 608ha, followed by Clare at 552ha, Roscommon at 435ha, Leitrim at 434ha and Mayo at 429. There were 34 ‘non-farmers’ who accounted for 254ha in Cork in 2016, while 33 accounted for 238ha in Clare, 26 for 212ha in Cavan and 28 for 195ha in Leitrim. Efforts have been made recently to increase the volume of broadleaves planted by the Agriculture Department, with increased grant incentives, as the forest estate is made up of three quarters conifers and one quarter broadleaves. Sitka spruce is the most common species, accounting for 52% of the forest area. The report warns tree diseases impacting species such as larch and Chalara fraxinea or ash dieback may influence diversity into the future.

The introduction of the new EU General Data Protection Regulation (GDPR) on 25th May 2018 will mean a host of changes for all businesses that handle the data of EU residents, regardless of size or sector.

To whom does GDPR apply?

Janne Uutela from Rajaforest Ltd (left) and Juha Määttä from Spiralia Ltd in a mentoring session.

Mentoring is not so common in Finland as it is in, for example, Ireland so the experiences of GREBE’s Irish partner form a basis for this mentoring process.  Karelia launched an open call for companies in spring 2017 and received an expression of interest from three companies: Eno Energy Cooperative, Havel Ltd and Rajaforest Ltd. The current situation, needs and wishes for the mentoring process were discussed in 2017 and the tendering process for the mentor was made in late 2017. Mentoring includes 12 individual meetings with the mentor.

The mentoring takes place in a rather short timeframe, from January to April 2018 and is performed by Juha Määttä from Spiralia Ltd. The topics discussed so far in the mentoring sessions have included current challenges of the companies. They are looking into the strategic choices for the future, implementation of a development project and developing the production process. All companies have openly brought forward challenges and problems in their activities and the dialogue between the mentor and mentee (company) has been active in searching for alternative solutions. The mentor has proposed several optional solutions, which will be developed further in the coming months.

More information on the outcomes will follow in May 2018. 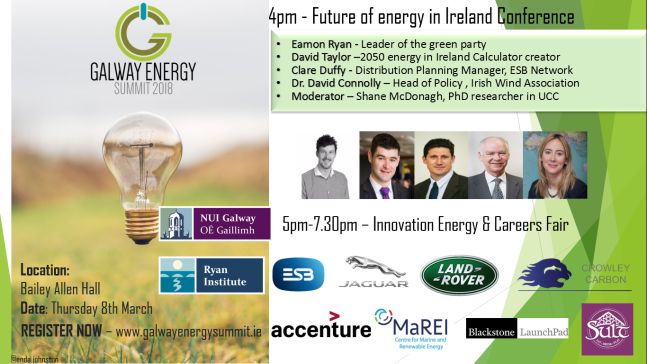 The event will take place this Thursday at 3pm in the Bailey Allen Hall, NUIG.

You can register for free at www.galwayenergysummit.ie

We cannot wait to see you there!!!