The Finnish Government has approved the Government Decree on General Terms of Granting Investment Aid for Renewable Energy and New Energy Technology. The aid scheme is primarily connected with “Towards carbon-free, clean and renewable energy cost-efficiently”, the key project 1 in the Government’s focus area “Bioeconomy and clean technologies”.

The investment aid is intended for future energy solutions so that Finland can achieve its national targets and the targets laid down at EU level for 2030. Under the Government Programme, the use of renewable energy will be increased in a sustainable way so that its share will rise to more than 50 per cent during the 2020s and the self-sufficiency to more than 55 per cent. The Government Programme also envisages that the share of renewable transport fuels will be raised to 40 per cent by 2030 and that Finland will stop using coal in energy production and halve the use of imported oil for domestic needs during the 2020s. 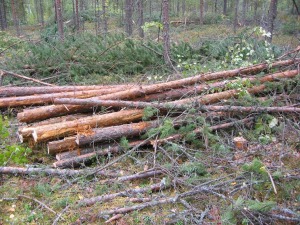 The Government plans to allocate a total of EUR 80 million for the investment aid in 2017 and 2018. Aid can be sought for investments of more than EUR 5 million that concern the production of advanced transport biofuels or pilot projects for new energy technology. In the first round (by March 18th), 55 aid applications with investment projects total value of about EUR 3.3 billion were submitted to the Ministry of Employment and the Economy.

The projects applying for investment aid will be competing with each other. The aid is granted on the basis of overall consideration, in which account is taken of the amount of energy produced and cost-efficiency, as well as, inter alia, project viability, the novelty value of the project technology and the replicability of the project or the technology.

Renewable energy and energy efficiency projects outside the scope of the new aid scheme may be eligible for energy support.